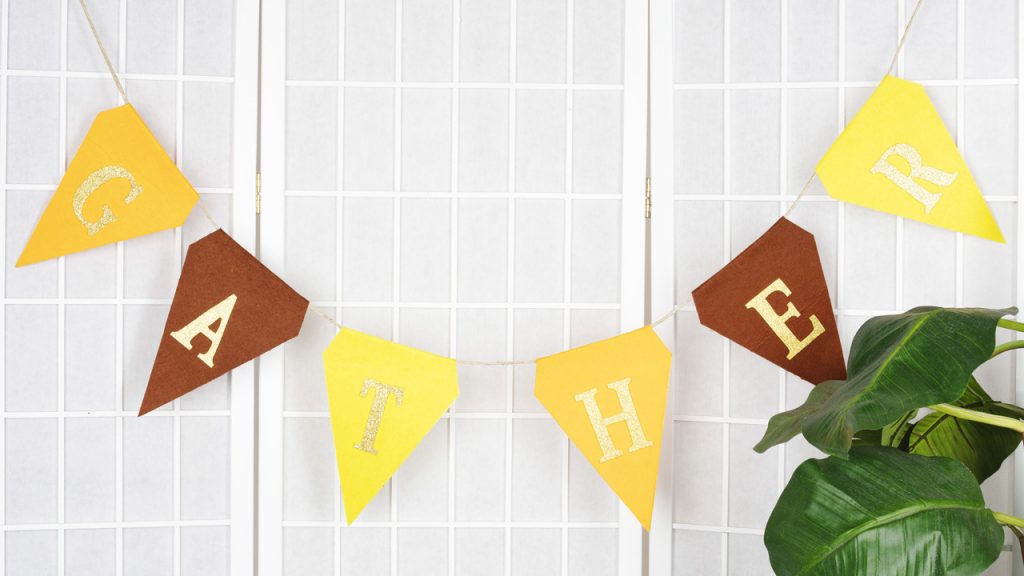 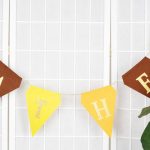 INSTRUCTIONS:
1. Print the letter template page from instructions onto heavyweight paper and cut out the letter pattern pieces.

2. Turn letter pattern pieces over backwards and place them on the back side of a sheet of gold adhesive back glitter foam, trace around them, and cut them out so gold glitter is on the top side of the letters.

3. Print the two banner template pages from instructions onto heavyweight paper and cut them out to make two different banner shape pattern pieces, one will be shorter than the other.

4. Trace and cut out each banner pattern onto the back side of two orange, brown, and yellow pieces of adhesive back felt. (You will have a total of four banner pieces for each color – two short and two long.) Trace the fold and cut lines onto the back of the longer banner pieces.

7. Flip the fold back up. Carefully cut or rip the adhesive backing off the very top of that side of the banner piece along the straight line that is above the fold line.

8. Cut a 3 yd. length of cord and lay the cord along the cord channel section on the back sides of the banner pieces.

9. Place dots of hot glue along the adhesive on the top of the back side of the banner. Fold and adhere the flap over so the cord will slide along the channel.

10. Turn the banner pieces over. Measure up 3 ½” from the bottom tip on the front side of each joined banner piece. Remove the backing on each glitter letter and adhere them to the center of each banner piece, in order.

11. Space the banner pieces along the cord as desired and tie hanging loops on each end of the hanging cord. Trim off any excess cord.

12. Hang and admire your banner! 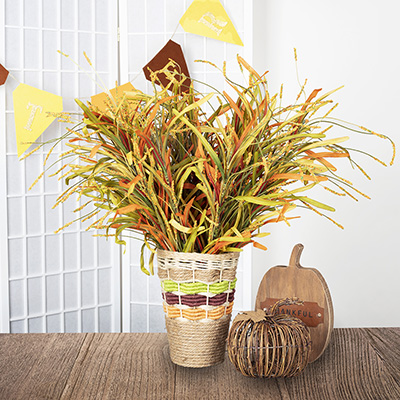 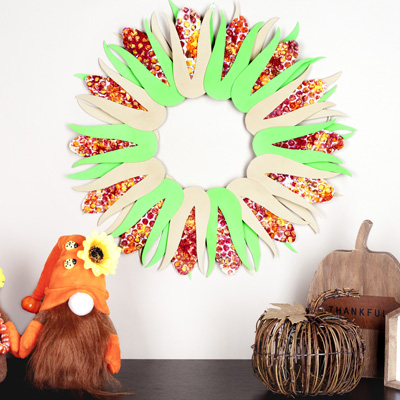 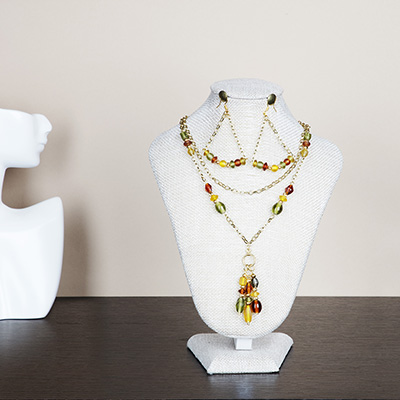